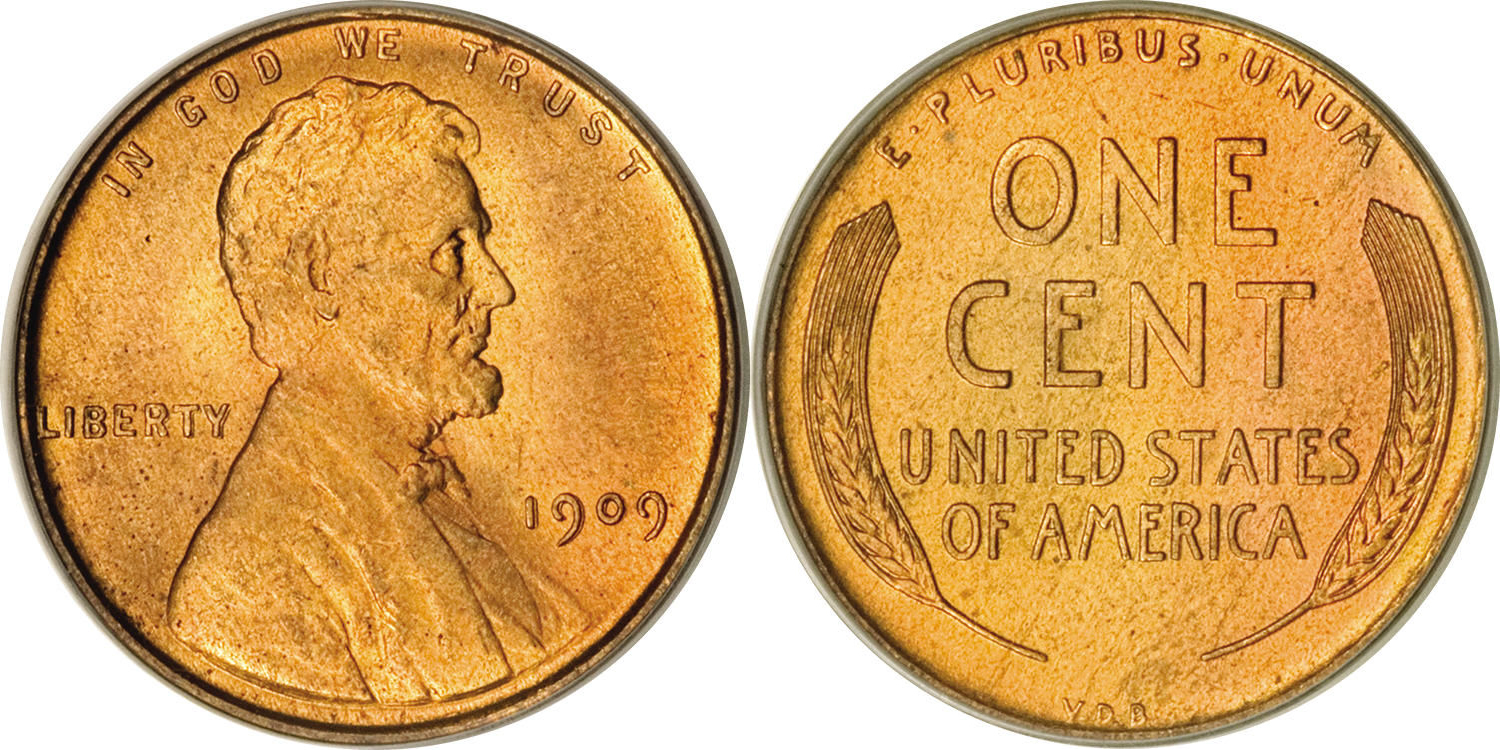 Lincoln Wheat Cent Penny Coin Values is determined by their initial production number designated by the US Mint, this number is called the “mintage”. Mintage refers to how many coins, for that year and mint, that were produced in that calendar year. In example, the 1909 S VDB has a low mintage of 484,000 and since these coins circulated they have an even lower survival rate.

Another factor of value is how popular a coin series is and this popularity creates more demand. The more people who want to collect the less there is to go around so the value increases. So just because a coin is rare or old doesn’t always mean it is most valuable, because it must be in demand to become and remain valuable.

Another factor is how the coin has toned over the years and that is referred to as “Brown (BN)”, Red-brown (RB)” or “Red (RD)” with brown being the least valuable and full mint RD being most valuable toning condition.

Also, the only time a high mintage (common date) Lincoln Cent is worth a lot of money is if it is graded a high grade by PCGS or NCG and sometimes ANACS third party grading companies. Below is the key dates to look for, all other coins will be valued at a few cents each to a few dollars with a few cents being most likely for circulated coins.

5% Off On All Items. It's Automatically Applied At Check Out. Dismiss